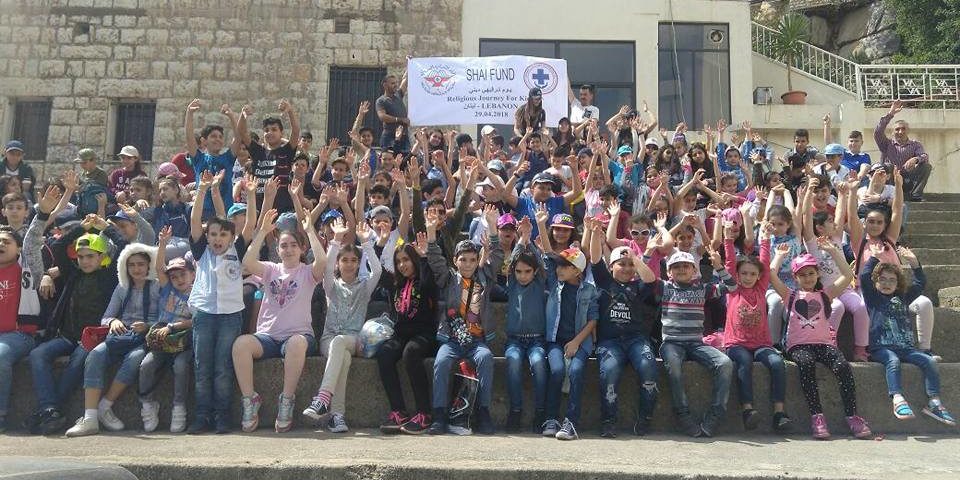 On 29 April 2018, an outing for 150 children was organised in collaboration with the Syriac Youth Union. The children who participated in this outing came from families in need and refugees from Iraq, Syria and Lebanon.
Buses took the children from Beirut to different places. First, the churches of Saint George and Saint Elias in Mont Lebanon were visited. The final destination was the Sami Kudsi old people’s home in Atchaneh – Bikfaya, where the children were welcomed by nuns. A sumptuous lunch and a colourful programme of games and entertainment awaited the children in the garden of the old people’s home. The trip, which started at 08:30, ended at 21:00. All children were picked up by their parents at the departure point. Syriac Youth Union Lebanon and Syriac Cross would like to thank Shai Fund for making this Easter trip possible.