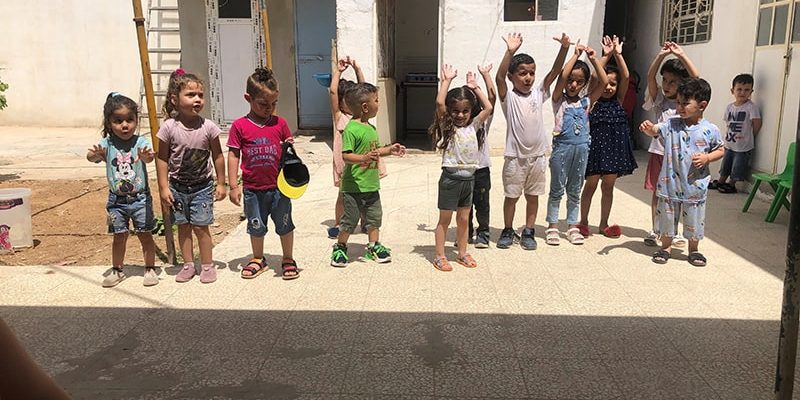 Project Period: Since September 2021 until today

The government district of Al-Hassaka is home to many internally displaced persons who have sought refuge in the past due to the war. An initially positive aspect, but one that also casts a shadow on the region’s inhabitants: they suffer from an embargo imposed by neighboring countries such as Turkey and the Kurdish regional government, which means that products of daily life are overpriced and difficult to obtain. This makes daily life difficult for many families, especially single parents. Many mothers have to consider going to work to provide for their children. In view of this situation, two goals were pursued with the establishment of the kindergarten: The children are competently cared for and can play and their mothers can go to work in the meantime. 60 children have a place to be looked after here, so 60 families benefit from the educational offer. The project was made possible by Caritas Slovakia.

Production and distribution of Bibles in Iraq
9. December 2022