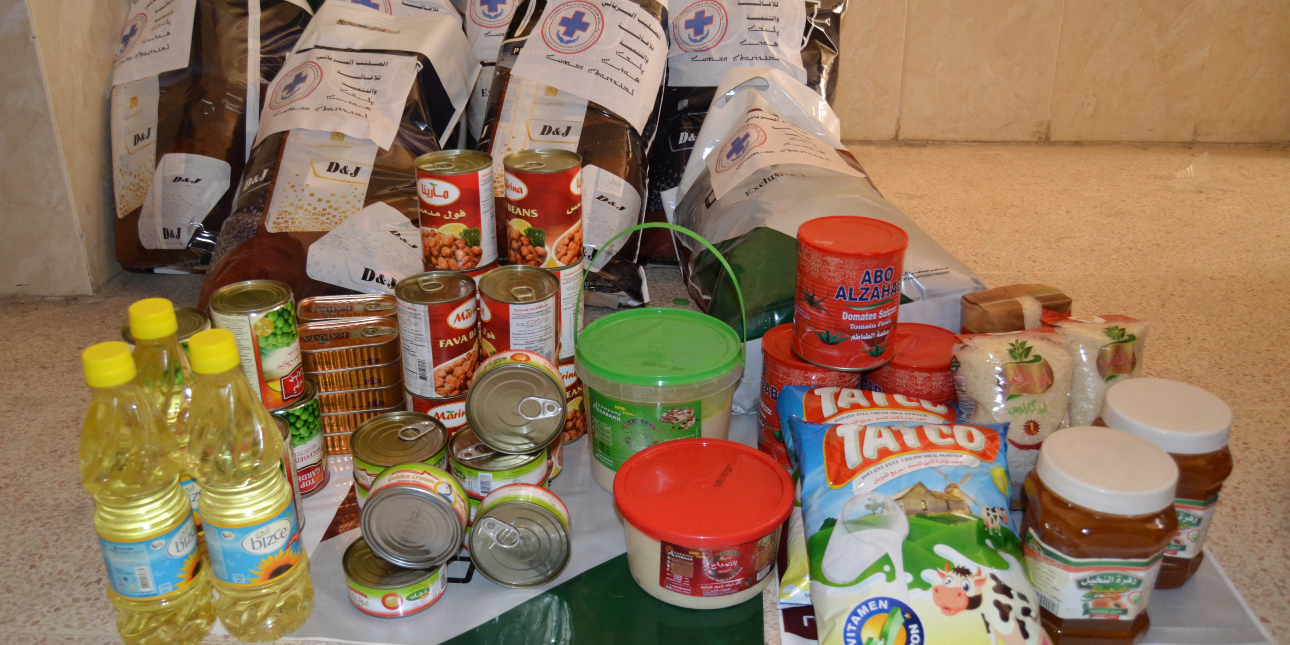 In cooperation with Caritas Slovakia, Syriac Cross distributed food and hygiene packages to IDPs and vulnerable families in Al-Hassaka province in North-eastern Syria from May to June.
The districts with the largest influx of IDPs were taken into account when distributing the aid packages. Syriac Cross implemented this project without distinction of religion or ethnicity. A special focus, however, has been on assisting women and children, as well as the elderly and people with disabilities, ensuring cultural and gender-sensitive provision at all levels.
The siege of the neighbouring provinces by ISIS as well as the blockade of the borders of the neighbouring countries Turkey and Iraq Kurdistan prove to be one of the biggest problems for the people in Al-Hassaka province. As a result, there are high costs of living in Al-Hassaka province. Added to this is the lack of job opportunities, which makes it difficult for both IDPs and locally based families to survive.
With the help of Caritas Slovakia, we were able to offer support to more than 4,000 people. A total of 478 food packages and 479 hygiene packages were distributed.

Bakery in North-east Syria – Livelihood project for women starts.
4. May 2017

Distribution of food and hygiene parcels in Homs with the help of the St. Ismael Foundation
5. March 2017
Search
More Posts
Go to Top